If you're a University of Sheffield student, the "bring it, don't bin it" scheme gives you the chance to donate unwanted items to charity when you move out. If you live in any of the following postcode areas, you can collect a clear sack from propertywithUS or the Student Advice Centre between Wednesday 23 May and Friday 22 June 2012:

Items that can be donated include bedding, clothes, shoes, cutlery, crockery, unopened toiletries, books, CDs and DVDs. Leave your clear sack outside your house out for collection on: 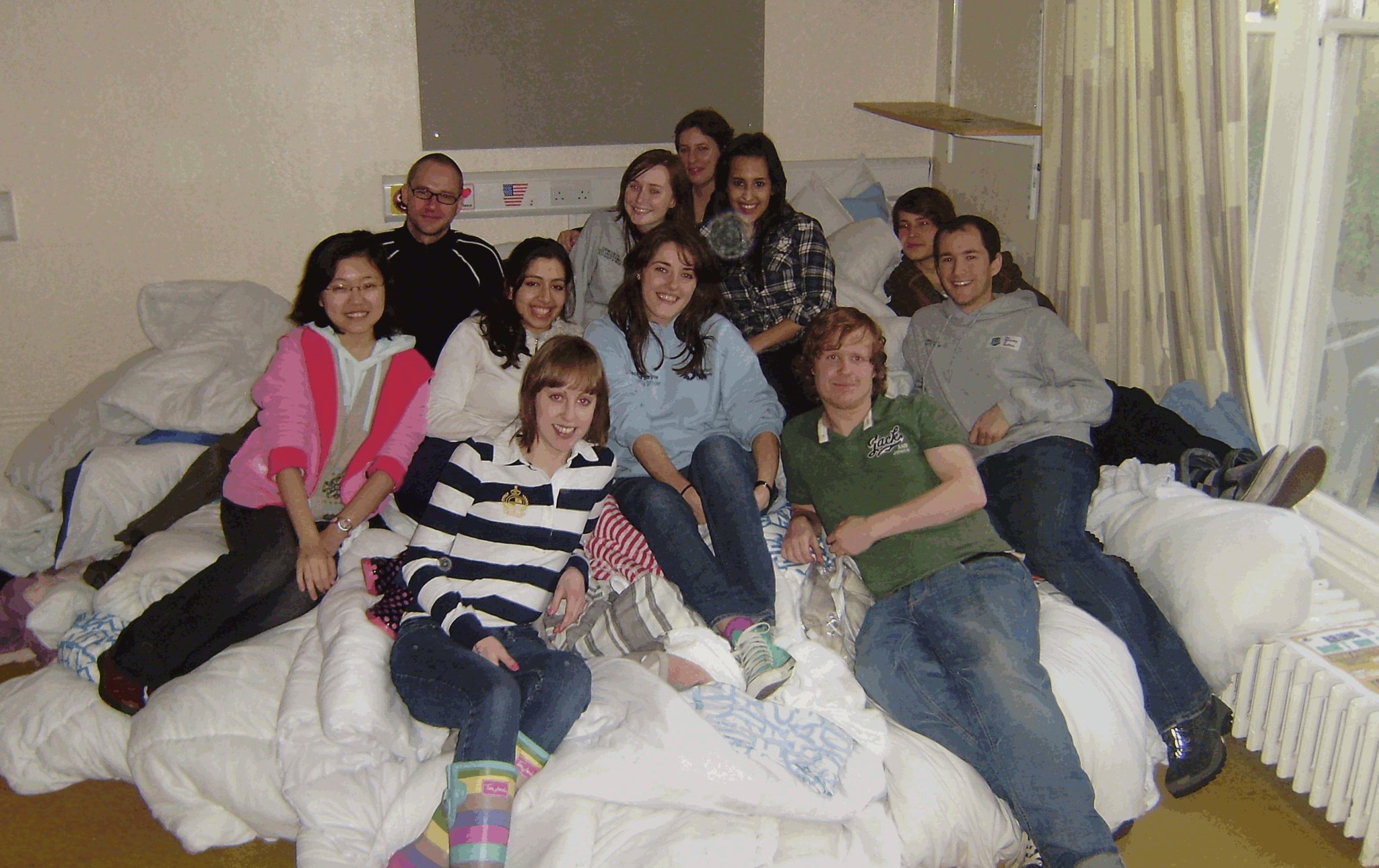 "Bring It, Don't Bin It" happened: we collected a load of clothes, toiletries, kitchenware and bedding (which, as you can see above, we promptly sat on) from departing Erasmus students and had a yard sale at the union. The profits and the rest of the stuff went to St. Vincent's, a Sheffield homeless charity. We got the electrical stuff PAT-tested, too! There was a second collection in June as the rest of the students left - unfortunately I couldn't attend, as I was at BarnCamp. I'm really pleased with how this project turned out.

I played in the National Concert Band Festival with the Sheffield University Wind Orchestra. We won a gold award, which sounds great until you realise that there was also a platinum award, and somehow managed to get to Glasgow and back in a single day. What madness.

BarnCamp - the annual techheads-go-camping-and-drink-too-much-cider extravaganza - was awesome (if very, very wet). My favourite workshop was on fractals, by Mike Harris. He was showing us the <canvas> element in HTML5, and how it can be used to make things like Mandelbrot sets. There are some great photos on flickr.

Lots of people I like have died recently. Janet McCleery, my awesome singing teacher - Dennis MacDonald, a fellow volunteer at the BitFixit Cafe (and a million other community projects) - Charlie Dickinson, a cracking lad I knew at school - and my lovely friend Brian Jackson, who I miss rather a lot. So that's not been great.

I found out today I have a confirmed place on my Mechanistic Biology Masters course for next year, so that's me sorted until next September. Last week I started my internship for the summer at Oxford Uni working on computer models of heart cells. I didn't know much at all about electrophysiology until last week so it's been a pretty steep learning curve! I'm really enjoying the challenge. Happy summer, everybody.

At the end of the academic year at the University of Sheffield, most students move out of their accommodation and end up leaving things behind. Sheffield City Council provides students with a “red sack” service to cope with the extra waste.

This June at the end of term, my partner and I went for a bit of a womble along my road to see what we could pick up. Amongst the bags we found: crockery, cutlery (including kitchen knives), cookware (frying pans, saucepans, woks, baking sheets/tins), kitchen appliances (including George Foreman grills, sandwich makers, toasters and kettles), televisions, DVD players, Freeview boxes, satellite decoders, speakers, games console accessories, lamps, clothes, fancy dress outfits and bedding. Hundreds of pounds' worth of stuff, going straight to landfill.

I picked up a few odds and ends for myself and friends (including my now-favourite red dress), but there was no way I could save everything that I found. Being a "don't mourn, organise" sort of person, at the start of this year I sent out some feelers to the students' union officers about setting up a recycling scheme, and boy did I get a response!