Here are some of my favourite salad-orientated Instagram accounts.

John & I tend to have a little mini-Christmas with just the two of us before we go to visit our families. I've generally found that the key to cooking a nice roast is the timings. As a huge nerd, naturally I have used a Gantt chart to organise my thoughts.

Please tell me other people do this when they have a big meal to prepare...

I used this recipe for the sweet potato and chestnut roast - largely because I had chestnuts and sweet potatoes that needed eating, so I searched for a nut roast recipe with those ingredients. I omitted the spinach layer because it didn't feel very Christmassy, and switched the walnuts for Brazil nuts. I loved the use of sun dried tomatoes in it - they added a great kick of flavour.

As always, I rely on Delia to remind me how to make Yorkshire puddings and roast potatoes. I rounded it out with some mash, roasted sweet potatoes, boiled carrots and sprouts, fried garlicky kale, and onion gravy. 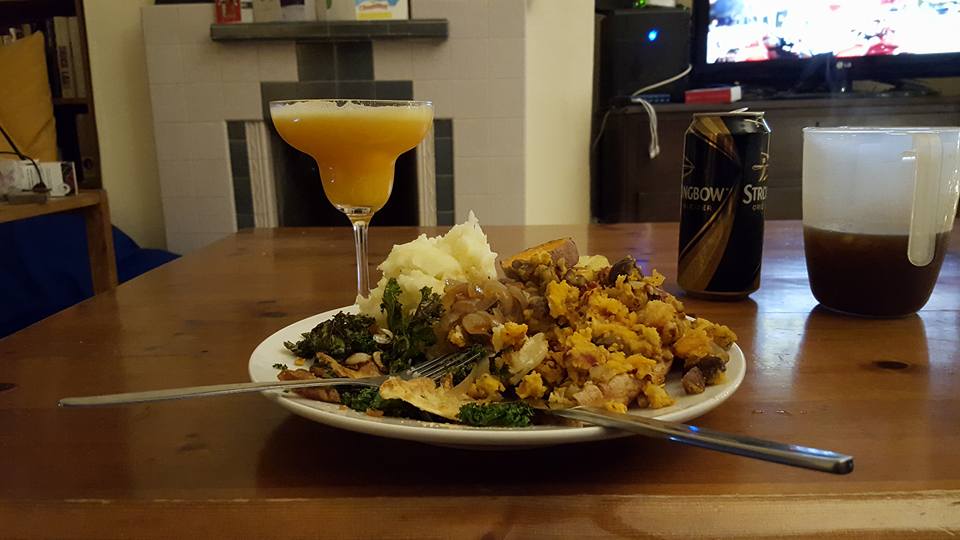 I also invented a festive cocktail out of ingredients we happened to have lying around:

Mix in a nearby glass, and drink while watching A Muppet Christmas Carol for maximum Christmas.

We spent the last week on holiday in Berlin. I'm going to tell you about some of the awesome things we found there. 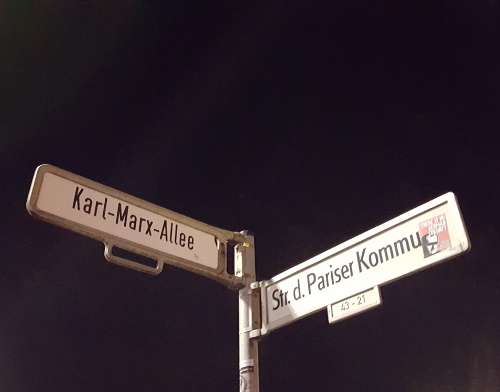 We were staying in the east side of Berlin, north of the Berlin Wall. The street names and architecture are still very reminiscent of the area's communist past. We went to see the East Side Gallery on our way to take this boat tour, which gave us a really leisurely amble around Berlin's history. (John: "We have to go on this tour! It takes us through the canal that Rosa Luxemburg's body was thrown into." John has weird holiday goals.) Other highlights included:

The Computerspielemuseum was an unexpected pleasure. It was just down the road from our hotel, so we decided to pop in for a quiet afternoon. It chronicles the history of computer games from Pong all the way up to a crazy fun 3d racer from a couple of years ago. Practically everything is interactive - you could spend a whole day there playing with the exhibits.

Berlin has an ENTIRE ISLAND of museums, which is just way too exciting for words. We spent a day there and managed to do two of them thoroughly; the Pergamonmuseum, which houses lots of Islamic history, and the Neuesmuseum, which has a huge section on ancient Egypt and one on early German history. Lots of beautiful things in both, and both will be interesting to anyone who likes old systems of writing - cuneiform and heiroglyphics are everywhere.

Finally, we headed to the Jewish museum, which was very different than I expected. Naturally, it had a large area devoted to the holocaust, but it covered the history of Jewish people in Germany from the very earliest settlers. This was the museum we spent the most time in, and it was well worth it.

To navigate without internet, I downloaded a map of the city on Google Maps to use offline. You can't get navigation or business names that way, but if you star the locations you wan to visit, it's easy enough to find your way to walk there. I also had a try of Google Translate for the first time, which I was very impressed by. It can use your camera to translate signs and menus. Before I went on holiday, I used Duolingo to refresh my German, which I absolutely loved and found really useful. My vocabulary was still lacking, but I felt like I could sit and chat to people quite comfortably.

I've always been of the opinion that it's easy to find vegetarian food anywhere, as long as you don't mind having only chips for dinner. We did make sure to look up some good veggie places, however, so we had a huge range of options. Sometimes I go through phases of loving tofu, soy mince, and all things protein-ey. We found Dolores, a "Californian-Mexican" restaurant, which did some great burritos with all the trimmings. There was a place called AsiaGourmet next to the Alexanderplatz U-bahn station, which did a tofu stir fry which was pretty bland and unexciting. The Lidl near our hotel also had vegetarian schnitzel, which was a bizarre experience.

Our absolute favourite place was a Vietnamese/Thai restaurant called Samadhi, which is run by possibly the most adorable man on the planet. There was a huge menu of vegetarian things to choose from, plates of starters, curries, stir fries and soups. We filled our bellies, drank some nice wine, and were entertained by the antics of the proprietor. 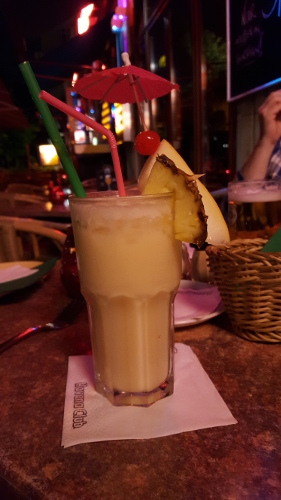 We finished off a few of our nights by heading to Acapulco for a drink. Their mocktails are so lovely, and the cocktails aren't bad either.

Omg, right? We went to see one of the best orchestras in the world on their home turf. It was AMAZING. The building has to be seen to be believed, it's a crazy multi-level pentagonal... thing. They played a bizarre Schoenberg piece called the Hand of Fate, which involved a small choir laughing at the orchestra, and finished up with some Carl Nielsen, in which two timpani players (timpanists?) played a call and response, and the double basses had a fiddly bit to do, which made them all look very pleased (I worry that double bass players get bored sometimes). Oh, and they played this: