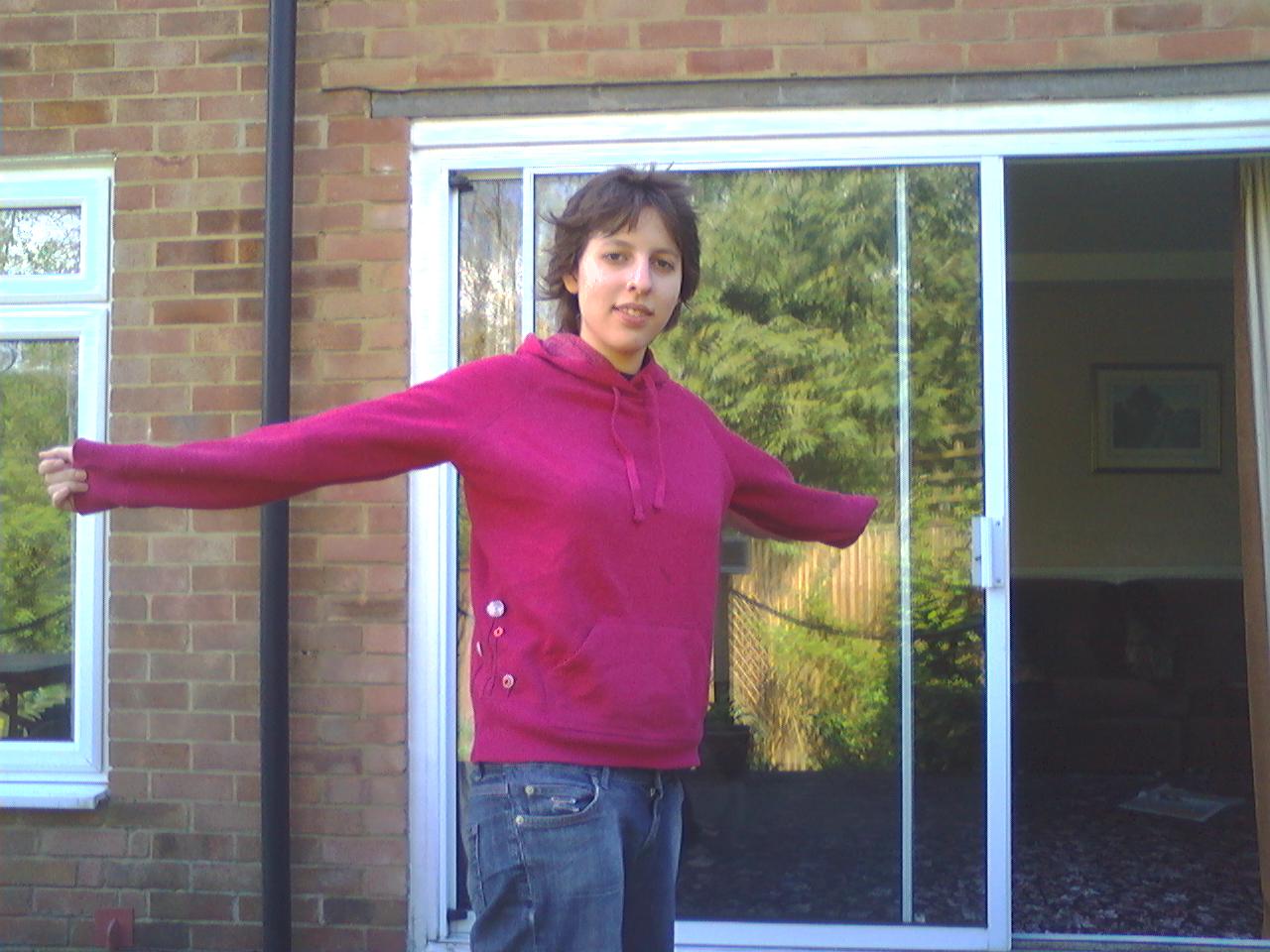 Zooooooooom. Ahem. I mean, good evening, ladies and gentlemen. I am here on this most auspicious of occasions to expound upon the notion of embellishing cheap but comfy Primark hoodies with embroidery and buttons.

But before we embark upon this journey into the significant and momentous, a few lighter notes. 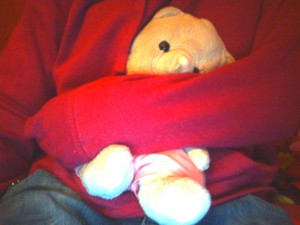 Anywho, more on my comfy jumper. It's perfect for snuggling up in, it really is. Just perfect. But I thought... isn't this a little bit bland? Would a true crafter really go around in a hoodie (probably made by children in a sweatshop, but for two quid we'll skip over that little factoid)* without crafting it up in some way? Oh no she wouldn't. 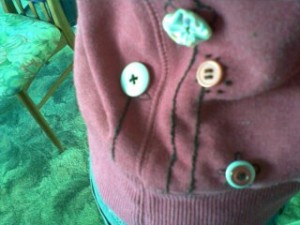 I used two parallel lines of backstitch for each stem, buttons for the three shorter flowers and made a fabric yo-yo for the tall one. The dots around the pink button are french knots, and the petals/leaves on the other two are backstitch.

So there we have it, one somewhat adorable jumper, with a sum total of zero decent photos.
* After the revolution, Primark clothes will be made by robot children.